The Gift of the Gab 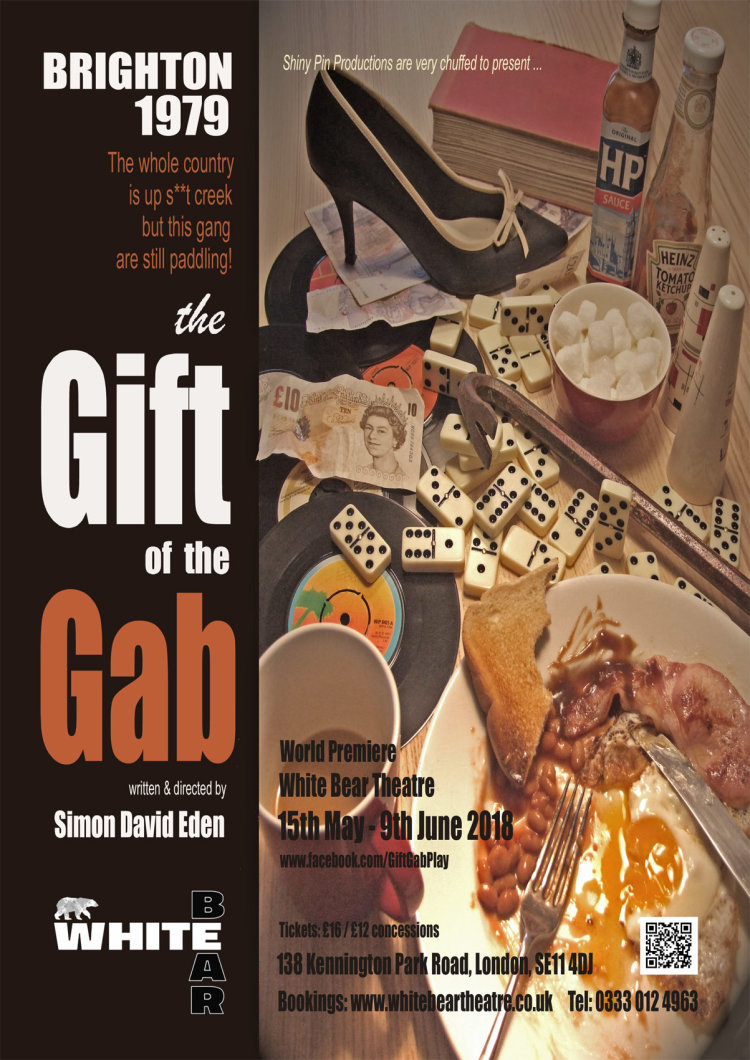 ‘Strong chemistry … strong comic performances … detailed set and sound design means the Winter of Discontent has never felt closer… The 1970s pop culture references flow thick and fast… could use another half an hour with these characters.’ The Stage

Sim E Sigh's set is beautifully observed. Devon Opp's costumes worn by a cast perfectly suited to the their roles. Nicely judged performances. Reminiscent of Minder and Only Fools and Horses. Broadway World

A shout too for Ivanhoe Norona, whose extraordinary face invests his caff owner with inbuilt comic potential and Madalina Bellariu, whose bee stung lips give Concetta exactly the kind of Italian allure that can be tough - maybe impossible - to resist. Broadway World

In ‘70s garb, and an Afro to match, Harold Addo (Toe-Rag) is genuinely funny.
Reviews Hub.

‘love the cast and characters. Charlie Allen excels … oozing with the repellent machismo of the 1970’s. Ross Boatmen (from TV’s Mum) combines an amiable exterior with flashes of greed and maliciousness. Ivanhoe Norona is convincingly volcanic in his passion and I particularly enjoyed Michael Roberts low key performance which always suggested the cunning and conniving mind of the career criminal.’ London Box Office

‘the cast are excellent; the set design is superb and the direction was fluid and strong.’ London Pub Theatre
Next
Previous