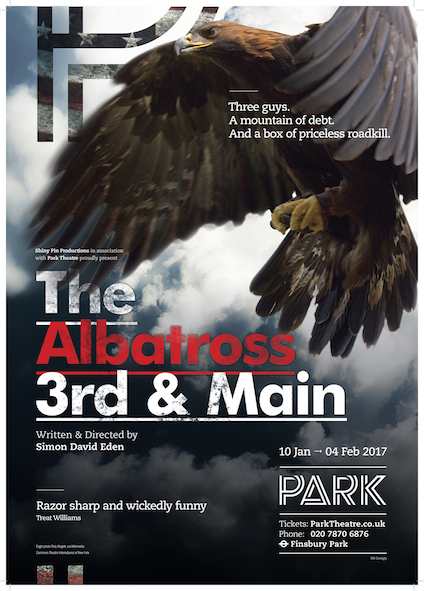 **** 'had the audience laughing throughout … the conclusion was perfection as well … suburb writing and direction from Simon David Eden.
On In London

***'A great balance of drama, tension and comedy’
LoveLondonLoveCulture.com

‘An excellent comedy that is rich, dark, well designed and acted, play loaded with wit, wisdom and the courage to examine some important themes.’
Paul Levy Fringe Review

‘Funny, intimate and realistic with a dark twist. Extraordinary performances. Not to be missed!’
Stephanie Prior WHM magazine

‘Slick, punchy, black comedy and a psychological thriller, full of sharp, stylish and intelligent writing. Very clever and very, very funny. A must see for theatregoers from Brighton and beyond.
Paul Gustafson G-Scene Magazine
Next
Previous